I remember when I told my boyfriend I felt vulnerable in our relationship. Actually, I wrote the word in a note. He told me I'd spelled vulnerable incorrectly. How was I to know it had a "l" after the "u'? When I said the word, I never acknowledged that sound.

Seems as a missionary kid growing up with strange English being spoken and mixed with my own mother's made-up words and Southern phrases, I often was not sounding like a native speaker. To add to my confusion, the English bookstore in Osaka, where I bought many books, sold books printed in England. Not only did I have to deal with Japanese-English, Momisms, and Southernisms, but there was the Queen's English. Those Puffin books put "u" in so many words that when our spelling tests at Kyoto International School rolled around, I never knew what the proper spelling was for color and favorite.

I guess I was always a little off-kelter, a little lost in the crowd. At five-foot-nine with blond hair, I stood out. Literally.

Things haven't changed. While my spelling is more sound on most days (on other days I rely heavily on spellcheck), I am still vulnerable. And on days like these, my sadness surprises me.

For you see, it's been thirteen years. And after that length of time, apparently, a mother isn't supposed to miss her son anymore. Which makes me feel even more of a freak.

Here in the US, this is Memorial Day weekend, a time of celebrating with hamburgers, dunks in the pool, flags, lemonade, and retail sales.

All I can do is remember the sound of the pediatrician's voice--a real native American speaker, educated at the finest schools---telling me that my son had cancer. I remember the curtains in the family room were light blue with dots. I remember how weighty and big the phone felt in my palm. That was fourteen years ago, and yes, I recall it better than yesterday.

Some days I feel like steel, toughened by this bereavement thing. Watch out world, here I am! Look at me, I am courageous and bold and compassionate and capable. I am a survivor!

Today I am annoyed by the mail, text messages, the woman who cut me off in the grocery store, and especially my own tender heart.

I have traveled far on this rocky road. I'm no longer angry at the doctors, friends who failed, family members who did not step up to the plate, or even God. That is washed away--forgiven, as I've forgiven myself.

But today, on the beginning of this weekend that will never fade from being Diagnosis Weekend even if it is called Memorial Day weekend by everyone else, I am reduced to tears.

Vulnerable. No matter how you spell it or pronounce it, it sits right there underneath my ribcage, lodged in every crevice of my heart.

I miss you, my Brave Cookie. I miss sitting by the pool and cooking you a hamburger. Perhaps by this age, you would have learned to like pickles and even called them pickles----not radishes, as you used to do.

On days like these, the language of the grieving heart sounds the same--yearning for what might have been.
Posted by Alice. J. Wisler at 12:54 PM 2 comments:

Email ThisBlogThis!Share to TwitterShare to FacebookShare to Pinterest
Labels: Alice Wisler, building self-esteem after the death of a child 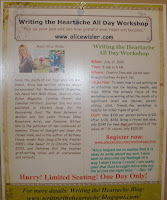 Many know that I believe in the value of writing through grief after loss. I've seen it bring healing to my own life when my son died, and to the lives of others, as I've taught across this country and conducted my online workshops.

For some time, a dream of mine has been to have a Writing the Heartache All Day Workshop. You know, in a real location, with coffee and people, stories, pens, paper.

On July 17th from 8 to 5 PM there will be a Writing the Heartache All Day
Workshop at the Country Inns and Suites near the Raleigh-Durham Airport. What is nice about this hotel is that there are places to venture outside, should one want to get some fresh air while writing a poem, letter, or memory.

There will be time for instruction, music, coffee breaks, and a catered lunch. And each participant can read from their work, should they choose to share.

I hope you'll join me for this day of writing, healing, hope and health. I look forward to seeing you there.

Read all the details here and be sure to register soon.
Posted by Alice. J. Wisler at 5:52 AM No comments:

A Boy and His Tree

“It was time to dig up the thin maple that died last fall and, like Daniel, did not bloom in the spring.”

It was time. In an hour the November afternoon would be dark. With Baby Elizabeth in the stroller, we headed to our front lawn. Benjamin immediately began to run around, but my husband, David, seven year-old Rachel and I stood beside the thin tree. Rachel held the order of ceremony that she had spent the afternoon writing. It was three pages of her own creation, the "service" for our family's gathering that afternoon. Five members were visible to the human eye; the sixth member was held within our yearning hearts.

"We are very sad at this moment," Rachel began to read from her printed page. "We think of the things we did together, and we think of the sad things that happened too, and it won't be so hard. But we will still be a little sad in the heart." Then she somberly passed the papers to my husband. She had written the next lines for him to read and they ended with, "It's going to be hard to keep the tears away, but we will still dig up this tree, even if it hurts."

And that was our reason for the ceremony. It was time to dig up the thin maple that died last fall and, like Daniel, did not bloom in the spring. It wasn't just any old maple tree. The tree had so much significance, and that was why it had taken us all of spring and summer before we were ready to uproot it. Without leaves, it spent months in the front lawn. I was prepared to tell neighbors why we couldn't dig it out of the ground, but no one asked why we kept a dead tree in our yard. Could they
have known it was the very tree we planted three weeks after Daniel's birth? Did they realize it died only a few months before our four-year-old son?

I had looked at that tree many times since Daniel left us, remembering how he played by it, rode his Cozy Coupe under it and ran around it. Just the other night when looking through the hundreds of pictures we have of him, I found one with him at age three in a hat and funny sun-glasses, holding the tree. Never in our wildest dreams, had we known both boy and tree would be gone in the same year. When the lines of
the memories of Daniel had all been read, David dug up the dead tree. "Good-bye, Daniel," I said within my heart.

It was as though a part of Daniel was again being taken from me. It was the same feeling of "good-bye" as I had felt when the men from the Vietnam Veterans had come to take the old, plaid sofa. Daniel had lived on that sofa during his last months. There he'd eaten cereal, watched videos, looked at books and thrown up.

David cut a few branches from the tree, and Rachel announced we could make a cross out of them to place in the little memorial garden we have by the side of the house.

Then, with David placing the maple over his shoulder, he and Rachel began to walk toward the nearby woods. Daniel had enjoyed the woods so much, and we knew it was a fit-ting place to carry his tree. I was reminded of the time he and Rachel had ventured in there alone and were rescued by the brother of one of our neighbors. And there was the time Rachel, Daniel and I, along with one of Daniel's friends, went for a walk in the woods and got lost. It as raining when we finally found our way out. We had no idea where we were, so we asked directions to get home. A kind, elderly man offered to drive us home. The kids had been excited about riding in his Oldsmobile, while I just felt foolish for getting lost.

When we returned from taking the tree to the woods, David placed a stake in the ground where the tree had been. This was to mark where we wanted the next tree to be planted. The local nursery was to come that week with a new tree, given to us by friends who wanted to do something in Daniel's memory.

What a surge of joy I felt when I looked out the window the next day to see the newly planted tree! We had chosen a gentle and drooping weeping willow, because there was such significance in its very name and stature. It would be a reminder to others of our weeping spirits over the loss of our precious son, and, to us, we would watch this tree grow and flourish, as our memories and love do for Daniel.

Email ThisBlogThis!Share to TwitterShare to FacebookShare to Pinterest
Labels: A Boy and His Tree, Alice J. Wisler. Alice Wisler

Announcing a new site for writing through grief

Please join me as I launch the new Writing the Heartache website.

This site is where online courses, grief-writing postings, talkradioblog
segments, and seminars for my organization, Writing the Heartache, will be shared.

Thanks for spreading the word!
Posted by Alice. J. Wisler at 8:01 AM No comments:

Be sure to listen to tips on how to build self-esteem after death at 9 AM (PST) or noon (EST).
Posted by Alice. J. Wisler at 5:46 AM No comments:

Time, back in time,
A moment well-etched
The road swerved
the course changed
And the path led only uphill
to thick darkness
where boulders blocked the way
Clawing over them,
I almost lost my breath
Putting my head down
Tempted never to
Watch another sunrise.

But in the stars I saw your smile
By the honeysuckle I felt your kiss
From the brook, I heard your voice
Day dawned; I kept on.

Time, too much time
My feet are calloused
My arms sore
And some days the tears
Grip me without warning.

It’s been seasons since I held you
And while the myth taunts me:
It’s not supposed to hurt anymore
You’re still gone
And it does.
Posted by Alice. J. Wisler at 6:38 PM 5 comments:

Email ThisBlogThis!Share to TwitterShare to FacebookShare to Pinterest
Labels: Alice J. Wisler, building self-esteem after the death of a child, Daniel Paul Wisler. Grief and Mother's Day, sorrow from losing a child

Book Signing on Saturday, May 1! 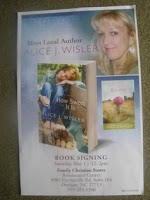 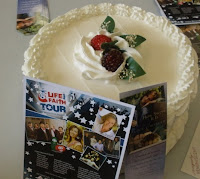 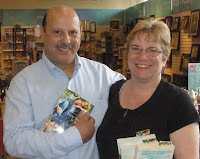 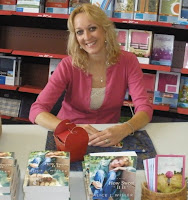 It was a nice afternoon of seeing old friends and signing copies of
How Sweet It Is! Thanks to all who stopped by, and thank you
Life and Faith Tours for being there as well with your giveaways.

Special gratitude for Family Christian in Durham and their store's staff.
Posted by Alice. J. Wisler at 7:59 AM 2 comments:

2010 Christy Award Finalists have been announced

2010 Christy Award Finalists have been announced 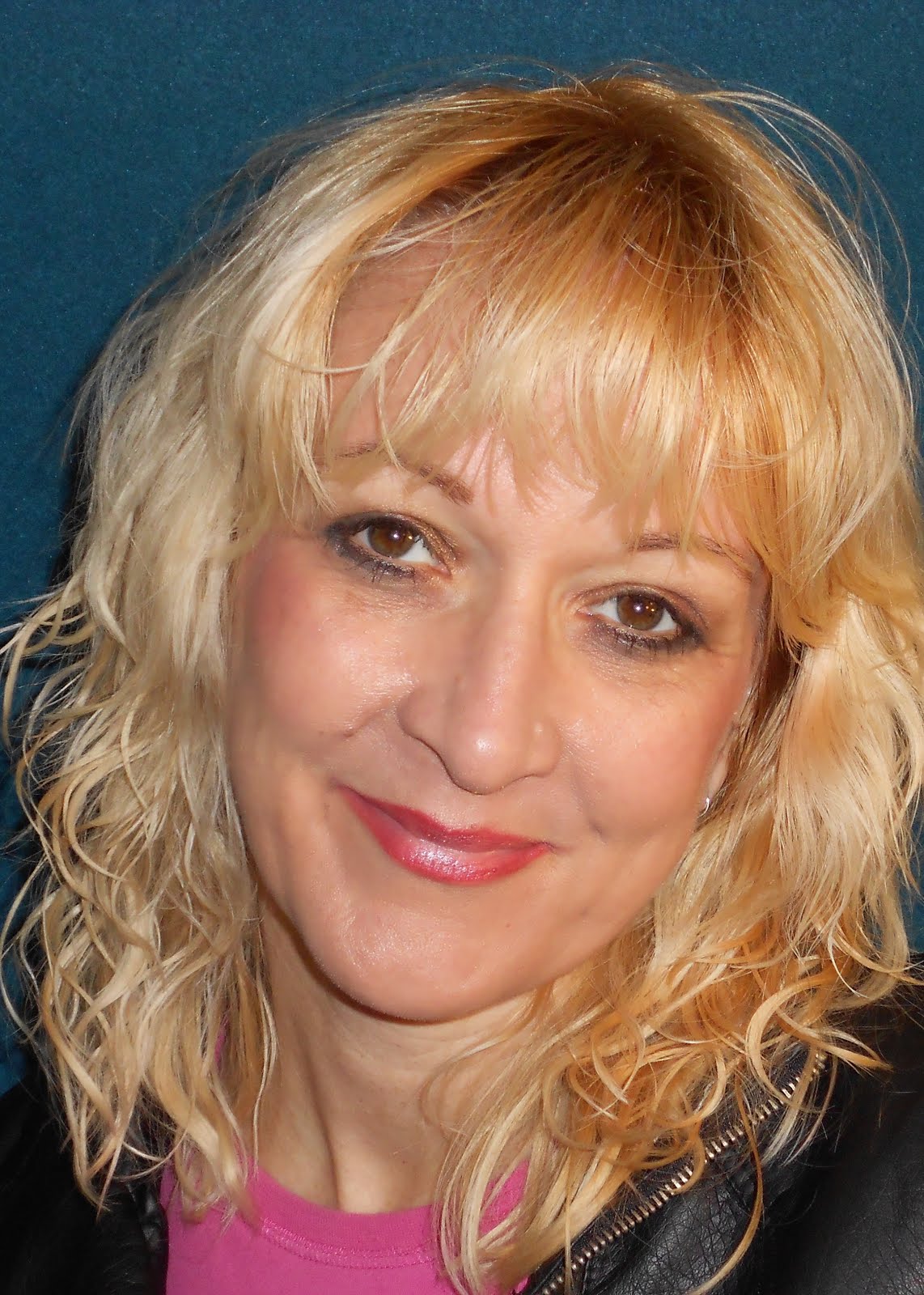 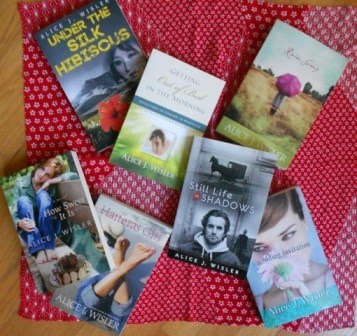